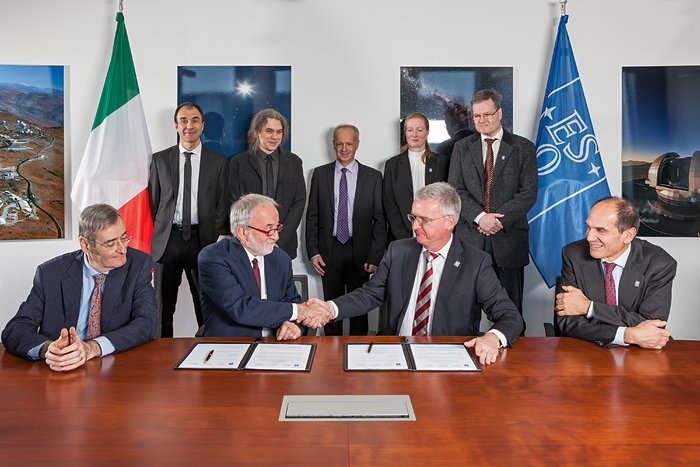 At a ceremony held at ESO Headquarters in Garching bei München, Germany, on 10 December 2015 an agreement was signed between ESO and an international consortium for the design and construction of the MAORY adaptive optics system for the European Extremely Large Telescope (E-ELT).

The agreement was signed by Nicolò D'Amico, President of the Istituto Nazionale di Astrofisica (INAF, Italy), on behalf of the consortium, and Tim de Zeeuw, ESO Director General.