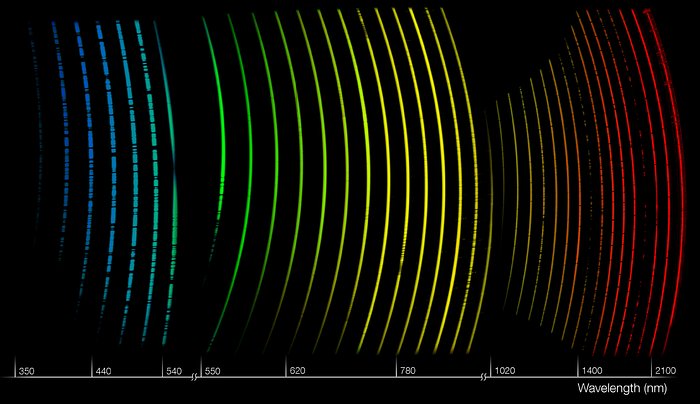 This illustration shows the three spectra produced simultaneously by the new efficient X-shooter instrument on ESO’s Very Large Telescope. X-shooter can record the entire spectrum of a celestial object (in this example a distant lensed quasar) in one shot — from the ultraviolet to the near-infrared— with great sensitivity and spectral resolution. This unique new instrument will be particularly useful for the study of distant exploding objects called gamma-ray bursts, among the most energetic events in the Universe, which fade rapidly in brightness in matter of hours after the their appearance. The rainbow colours applied to the spectra indicate X-shooter’s wide spectral coverage and are meant for illustrative purposes only. The majority of the wavelengths covered are in fact invisible to the human eye.