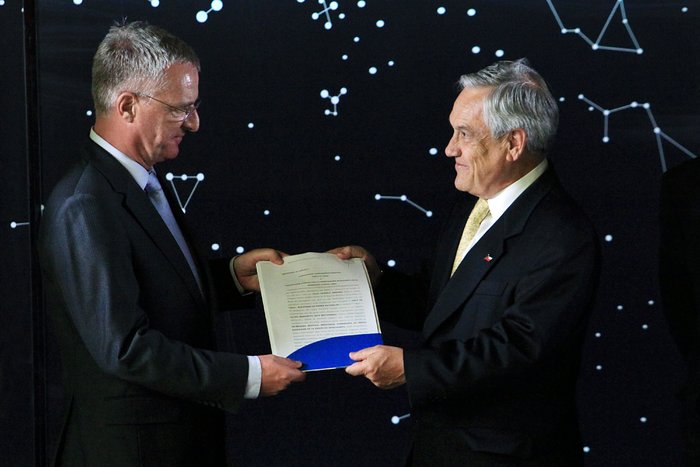 On 27 October 2013 at ESO’s Paranal Observatory in the Chilean Atacama Desert, the President of Chile Sebastián Piñera attended a ceremony to hand over the recently signed legal documents by which the Chilean government will transfer the land around Cerro Armazones to ESO. Accepting the documents on behalf of ESO was Director General Tim de Zeeuw, pictured here on the left, with President Piñera on the right. Cerro Armazones, a 3046-metre peak 20 kilometres from the site of ESO’s Very Large Telescope on Cerro Paranal, will be the future home of the European Extremely Large Telescope (E-ELT).