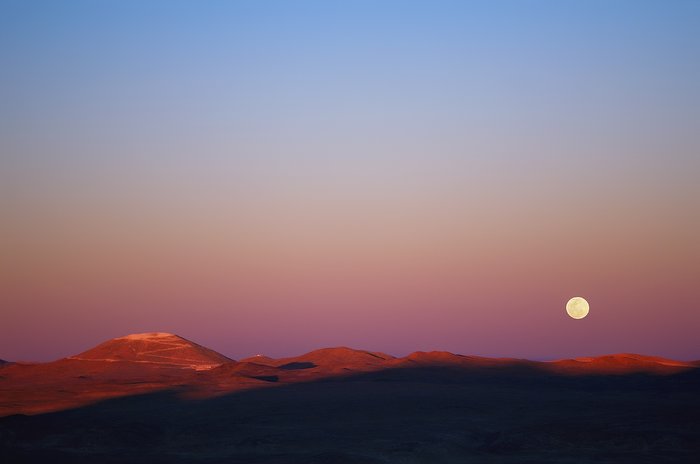 This image of the future home of the E-ELT was taken in November 2014 from ESO’s nearby Paranal Observatory. The levelling of the summit of Cerro Armazones is well advanced (lower left) and the new wider road that is being built up the mountain can also be well seen.

At the time of the picture the Sun was setting over the Pacific Ocean and the last rays of its light were catching Cerro Armazones. The full Moon was also rising in the East at the same time.