Filming of Labyrint documentary on Chajnantor 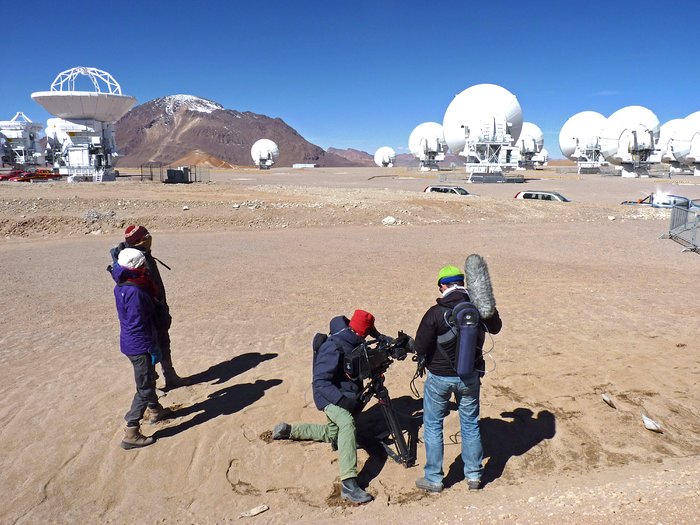 A crew from the Dutch public broadcaster VPRO and the Dutch Research School for Astronomy (NOVA) visited the ALMA Observatory from 1–6 September 2012, to film an episode of the Dutch television science programme Labyrint. The crew is working on the Chajnantor, the site of ALMA, at 5000 metres above sea level. In the background, several antennas clustered around the centre of the ALMA array are visible.