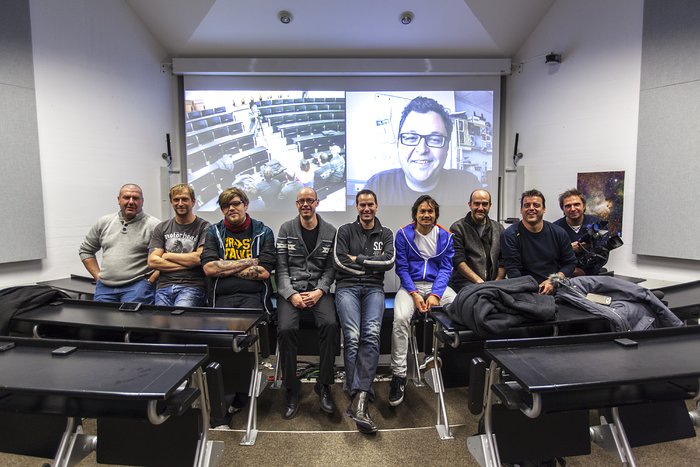 Performers and crew from AIDA Night of the Proms 2012 in the auditorium at ESO’s Headquarters, as part of a guided tour of the Garching site on 17 December 2012. They admired some of the spectacular astronomical images that adorn the walls of ESO’s Headquarters while learning more about the observatory and its facilities from astronomer Olivier Hainaut. A live link to ESO’s Paranal Observatory in Chile was also held.