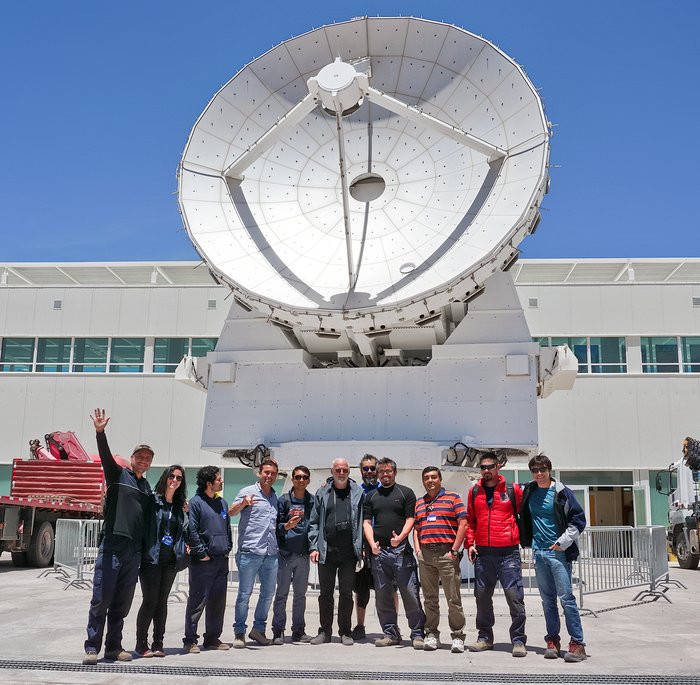 Gilmour is best known for his involvement in the rock band Pink Floyd, which achieved international acclaim with their progressive music, and even took a foray into space rock with the songs "Astronomy Domine" and "Interstellar Overdrive". Gilmour is an avid supporter and promoter of international charities, and in 2005 was made a Commander of the Order of the British Empire (CBE) for his services to music.

Together with his family, Gilmour visited the ALMA (Atacama Large Millimeter/submillimeter Array) antennas in the Chilean Andes. Composed of 66 antennas, ALMA studies light from some of the coldest objects in the Universe and is the most powerful astronomical observatory of its kind.