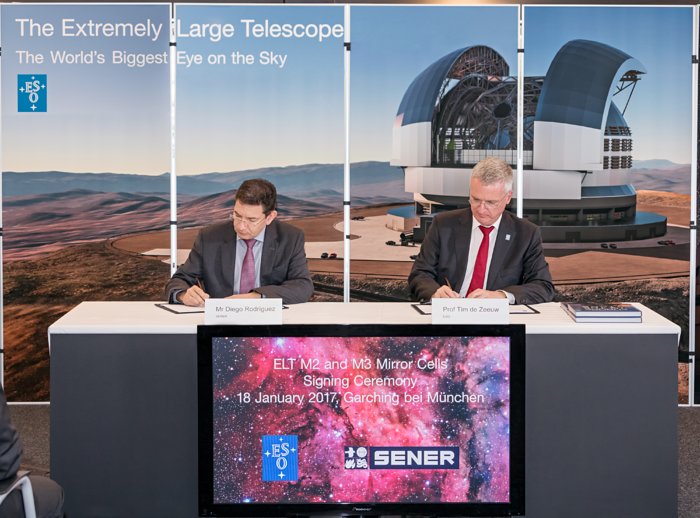 Contracts for the casting of the M2 and M3 mirrors of ESO's Extremely Large Telescope (ELT), their cells and sensors for the M1 segments were awarded at a ceremony at ESO's Garching Headquarters on 18 January 2017.

In this picture ESO, represented by the Director General Tim de Zeeuw (right), signed a contract with the SENER Group, represented by Diego Rodríguez, Space Department Director, for the production of the ELT's secondary and tertiary mirror cells.